Fuga: Melodies of Steel is also being added to Microsoft's subscription service.

This concludes the Fate of Atlantis DLC storyline, and shows us the new abilities, weapons, and more that we'll see.

The third and final piece of DLC content in Assassin's Creed Odyssey's story add-on in three parts is releasing next week.

This is the second episode in The Fate of Atlantis DLC storyline, taking us to uncharted territory to meet new challenges.

The room-scale experience set in the AC: Odyssey world is the next addition to the Ubisoft Escape Games platform.

Assassin's Creed III's remaster is also getting released on the Nintendo Switch, bringing with it unique features for the console.

The new mercenary wields the Nutcracker and is the brother of Testikles, so you can see what Ubisoft is getting at here.

Ubisoft updates us on what's ahead for Assassin's Creed

We're getting another escape room called Beyond Medusa's Gate, and Odyssey players have plenty to be getting on with as well. 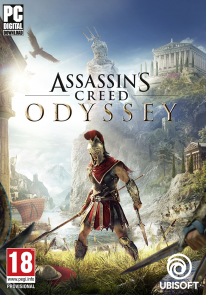