Ubisoft has revealed a new bundle - presumably replacing the one planned for Watch Dogs before it was delayed - for PlayStation 4 and Assassin's Creed IV: Black Flag.

The Assassin's Creed IV bundle will be available when the PlayStation 4 launches in the UK on November 29. We're expecting it to cost around the £400 mark, though there's nothing official in that direction as yet. Those who pick up the said bundle will get a console, a copy of the game, and an additional hour of gameplay via the PlayStation Network after the game's launch. 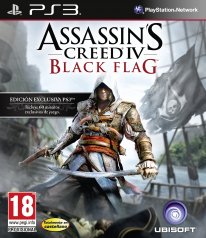