Ubisoft has today revealed the details of DLC for Assassin's Creed: Revelations. The content is titled The Mediterranean Traveller Map Pack and will provide players with new environments to explore.

It will be available for download on January 24 for 800 Microsoft Points on Xbox LIVE and £7.99 on PlayStation Network and Windows PC.

Players will be able to visit the holy city of Jerusalem, the imperial district of Constantinople and the mercantile district of Dyers. Also, Assassin's Creed: Brotherhood maps Firenze and Siena will also be available, back due to popular demand.

REVIEW. Written by Nikolaj Kürstein Jepsen | GR Denmark on the 14th of November 2011 at 17

"As the title implies we're due some answers and that's what we're getting in Assassin's Creed: Revelations."

Travel the Mediterranean with Ezio.

GRTV: Take a tour of Massive

One of the Assassin's Creed devs. 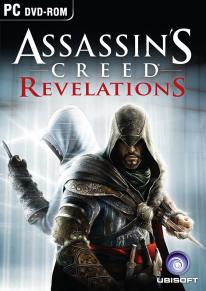