Experiment 101 on the DNA of Biomutant

We caught up with producer Stefan Ljungqvist and discussed the various ingredients that are going into the promising open-world action-RPG.

Text: Eirik Hyldbakk Furu Published on the 24th of June 2020

Crash Bandicoot 4: It's About Time Mixes the Old and the New

We've had a chat with Toys for Bob's Paul Yan, and the new Crash looks like it will be worth the wait.

Text: Eirik Hyldbakk Furu Published on the 22nd of June 2020

The Last of Us: Part II Spoiler-Free Tips and Tricks

Need help surviving the post-apocalypse? We're here to help after playing through all the difficulties and getting the platinum.

Text: Eirik Hyldbakk Furu Published on the 18th of June 2020

Text: Stefan Briesenick Published on the 16th of June 2020

Text: Anne Zarnecke Published on the 11th of June 2020

It's time for boots on the ground and cycles in the air as the debut game from V1 Interactive is readied for takeoff.

The last big PS4 exclusive is nearly upon us. We sat down with game director Nate Fox to talk about the brutal battles, open exploration and North Star for Ghost of Tsushima.

Game On: A Story Worth Telling - Naughty Dog on The Last of Us: Part II

It's finally time to continue Ellie and Joel's story. We had a chance to discuss The Last of Us: Part II with game director Kurt Margenau.

Text: Ketil Skotte Published on the 9th of June 2020

Game On: The Past & Present of Final Fantasy VII: Remake

Square Enix has redefined what players should expect from the remakes of the future, Final Fantasy or otherwise.

Text: Eirik Hyldbakk Furu Published on the 7th of June 2020

Text: Mike Holmes Published on the 3rd of June 2020

King of the Couch: The Best Local Multiplayer Games for PS4

Updated for 2020: We look at a mix of the best competitive local multiplayer games, and the finest couch co-op.

Text: Gamereactor Staff Published on the 16th of May 2020

There are plenty of stellar experiences just waiting to be discovered on Sony's subscription service.

Ludvig Forssell on the Weird and Wonderful Sounds of Death Stranding

Death Stranding scooped a host of awards last year, and Ludvig Forssell is the brains behind the beauty. But how did he gather such an eclectic soundtrack?

Epic Adventures to Play in Isolation

In these days of self-isolation, we've pulled together a list of games that are as great as they are huge. If you've got a few hours to kill, we've got you covered.

We reflect on the origin, legacy, and current status of Doom's iconic Marine.

Text: Ricardo C. Esteves Published on the 20th of March 2020

Music in Games: Poets of the Fall on Working with Remedy

We caught up with the popular and ever-evolving Finnish rock band Poets of the Fall and discussed their work on Remedy's games over the years.

Text: Lisa Dahlgren Published on the 3rd of February 2020

Text: Sam Bishop Published on the 28th of January 2020

The turn of a new decade has prompted us to look back at some of the biggest anniversaries in gaming.

Text: Bradley Newson Published on the 25th of January 2020

With games increasingly being adapted into films and television series, we consider whether we might be about to see a step up in quality.

Text: Lisa Dahlgren Published on the 24th of January 2020

Text: Gianfranco Lagioia Published on the 18th of January 2020

We talked to Greymoor's creative director, Rich Lambert, in the run-up to the announcement of the next chapter of The Elder Scrolls Online.

Text: Mike Holmes Published on the 17th of January 2020

Games of the Last Decade - The Last of Us

With a title like The Last of Us, it's only fitting that we close out this series with Naughty Dog's survival horror masterpiece.

Text: Mike Holmes Published on the 14th of January 2020

Fullbright's moving and surprising narrative journey is one of the standout experiences we've enjoyed in the last decade.

Text: Sam Bishop Published on the 9th of January 2020

Text: Sam Bishop Published on the 8th of January 2020

As our ongoing retrospective series continues, Gian looks back at the biggest success story of the last decade.

Text: Gianfranco Lagioia Published on the 6th of January 2020

Games of the Last Decade - The Witcher 3: Wild Hunt

In our ongoing series about the games that defined the last decade for us, Lisa looks back at a fantasy adventure that truly stands out from the crowd.

Text: Lisa Dahlgren Published on the 5th of January 2020

Text: Sam Bishop Published on the 4th of January 2020

Text: Kieran Harris Published on the 30th of December 2019

This year Respawn proved that going up against Fortnite and PUBG isn't always a hopeless endeavour.

Text: Mike Holmes Published on the 29th of December 2019

Text: Lisa Dahlgren Published on the 28th of December 2019

Text: Magnus Groth-Andersen Published on the 27th of December 2019

This was the year that Obsidian Entertainment finally stepped out of the shadow of New Vegas.

Text: Gianfranco Lagioia Published on the 27th of December 2019

We've tested a lot of fancy TVs in 2019, but which one was our favourite?

Text: Kim Olsen Published on the 26th of December 2019

An intriguing and unique adventure was brought to life by Hollywood talent as Hideo Kojima's new studio delivered its debut title.

Text: Sam Bishop Published on the 26th of December 2019

Text: Mike Holmes Published on the 25th of December 2019

ZA/UM's inventive RPG proved to be one of the year's most intriguing experiences.

Text: Lisa Dahlgren Published on the 24th of December 2019

With the various categories done and dusted, now it's time to give you our top ten games of 2019.

Text: Kieran Harris Published on the 22nd of December 2019

We look back at five games that delivered unique and engaging stories in 2019.

It's time to celebrate the exceptional teams that made the games that we've loved in 2019.

Not having had enough with the Mega Rocket mode, we tried again, only this time with Topnotch.

In Rocket Arena's Knockout mode it all boils down to eliminating opponents and getting points in return. Here we do our best with Izel to do just that.

In this gameplay clip, we take another look at Rocket Arena ahead of launch.

Sure Rocket Arena is all about shooting rockets in each others faces, but sometimes there is treasure to be had as well, and that is what we are going after this time around with Mysteen.

Rocket Arena doesn't only pit you against other players but also against AI controlled RocketBots which we take a look at here.

Rocket Arena is a perilous place, especially in Mega Rocket mode, but we dove right in with new character Flux and here are the results.

As we sat down to try out Rocket Arena, the first thing to do is to go through the tutorial and get to grips with the game. So that's what we did.

As we get closer to kicking off the Nordic Community Showdown (Signups open now!) Dóri and Tanja dropped into Verdansk to do their best.

After playing the new Assassin's Creed, Islem shares his thoughts on Valhalla and 9th Century Britain, talking us through the pros and cons of the upcoming action-RPG and its new historical setting.

In this gameplay clip, we explore more near-future London and recruit a SIRS agent to our cause.

We've been sneaking around in and under some of London's most iconic buildings in Watch Dogs: Legion. In this clip, it's a case of gunpowder, treason and plot with terrorists trying to blow up Westminster.

In the first of our gameplay clips, captured during a recent hands-on event, we explore East Anglia and kill some locals as we clear a location called King's Bury with Viking chief Eivor.

Make sure you go back and watch Gameplay #3 Visiting Burgh Castle for all the action leading up to this third clip, which features the full attack on the castle, battering rams and all.

MSI's GE66 Raider is an intriguing laptop and Magnus talks us through the pros and cons.

It's time to take a closer look at a new controller for mobile devices, the SteelSeries Nimbus Plus.

In our latest Quick Look, we investigate the new ChargePlay Base from HyperX, a system that lets you wirelessly charge a couple of Qi-compatible products simultaneously. 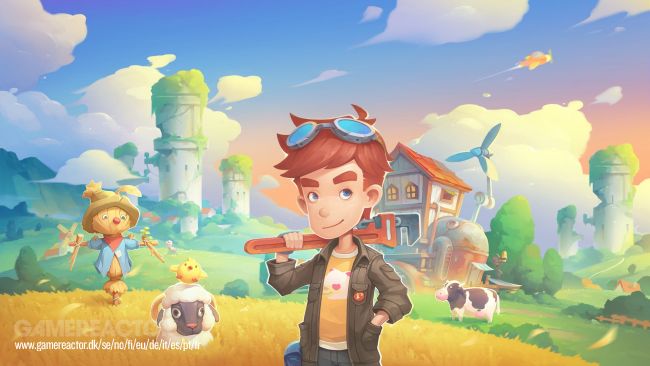 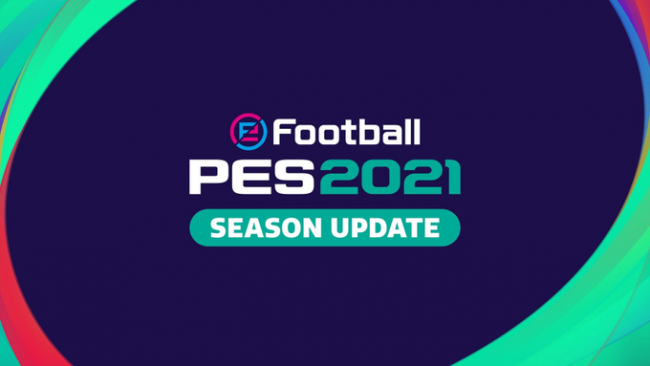 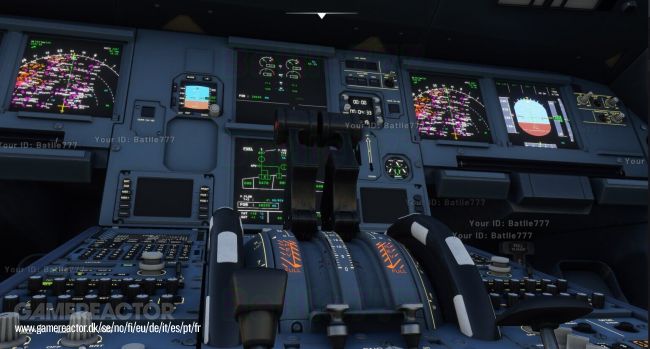 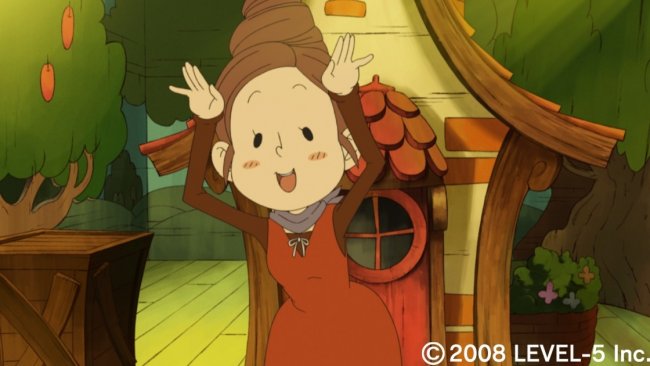