Developer Bohemia Interactive has shared new details on a Steam free weekend for Arma 3, taking place from February 14 (Valentines Day no less) to February 18. While the event is running the game and its DLC packs will also be on sale too, allowing players to take advantage of up to 66% off after trialing the title.

Keen to jump on the current craze, Bohemia Interactive is also unlocking the entire mod community side of Arma 3, including the "original PLAYERUNKOWN's battle royale" as part of the 55,000+ creations shared via Steam Workshop. This mod was released by PUBG creator Brendan Greene, otherwise known as PlayerUnknown himself, and was one of his many attempts at a battle royale style game before striking gold with the aforementioned PUBG.

All progress, game saves, and Steam achievements will carry over from the free weekend, further incentivising a purchase while the sale offers are live. Free game weekends have become a popular way of further advertising released games as well as promoting sales and discounts, and now take place across most major platforms.

Last year we found out that Arma III had sold more than 4 million copies, and this isn't the only game getting romantic for Valentines, as Fortnite and Apex Legends are doing the same.

You can check out a trailer for the Apex expansion of Arma III down below, although we should stress this has nothing to do with Respawn's battle royale. Will you be trying Arma 3 this weekend? 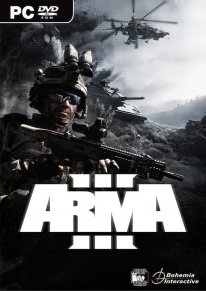