We caught up with Eric Holmes, creative director on Batman: Arkham Origins, as he and his team debuted a specially-made demo for E3.

He discussed getting into Bruce Wayne's headspace for the prequel, giving more details on how the caped crusader would be making mistakes as part of his growth into the legend.

"Sometimes we'll show him try something, and he'll screw it up," he explained. "But when he screws it up, he screws it up in a cool way. For example, one interrogation we have in the game, when he's interrogating someone and trying to get this information out of them - he goes too far and chokes the guy out. The next time he interrogates someone he doesn't push it that far."

Holmes assured that translating the inexperience would be a story-driven concern rather than a gameplay one. "He's not tripping over his gadgets, trying to use a gadget and dropping it on the floor. He's not firing his grappling gun and it explodes."

Watch the full interview below for more talk on the game, covering the likes of retrotfitting characters like Bane ("we've really visually rewound him... you'd put how he looks in our game against Vengance of Bane, the comic book cover for his very first comic book appearance. He's much more influenced by that early visual") and more.

Thank you for your time. We will take care of this matter as soon as posible
It would be very very awkward as a Batman fan, to watch Batman tripping over his cape, so thank you WB's Montreal!
"DECAPITAAAATIOOOOOON" - Eddie Riggs 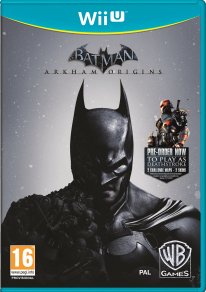