Arkham Knight was the last instalment in Batman's Arkham series from Rocksteady, but according to the voice of Batman, Kevin Conroy, who spoke at the Wizard World convention in Nashville, there definitely isn't going to be another one, something that amazes even him.

"I can't believe that they're not going to do another one, but they're not. Isn't that amazing?," Conroy said (as captured by Matt Sifford and reported by Batman News). "They made literally billions of dollars on those games, but no, there's no plan to do another one. Sorry."

So, there it is, and it seems pretty certain we're not getting another Arkham game, at least for the time being. Would you like another one though? 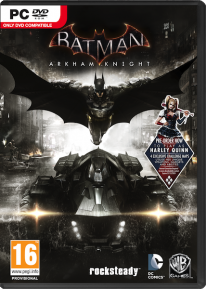