Two weeks has passed since Bethesda officially became a part of Microsoft, and in an interview over at Press-Start, members of the French studio Arkane (which was a part of the deal) explains what they thought about being acquired. The Deathloop Game Director Dinga Bakaba says:

"It was pretty surprising, I would say. It was unexpected, to an extent... [but] after the surprise, it made a lot of sense."

Bakaba seems to be especially happy about Xbox Game Pass, which he claims will help them to remain a creative force:

"Being able to be apart of the Xbox Gamepass ecosystem makes things a bit different for us, because we can occupy a space in that service, and we will continue to make the kind of games that we make and make them well. If you've looked on social media, you'll see that games like Prey and Dishonored 1 and 2 coming to Xbox Game Pass, a lot of people are saying that you need to play these games and have no excuse not to, so it's been very encouraging."

It's a service that will allow us to remain creative and have the audience and build that relationship over time and that's really exciting."

Arkane's next title is Deathloop, which launches for PC and PlayStation 5 on May 21. Microsoft has clearly specified they will respect this deal, so an Xbox Series S/X version of the game is likely one year away.

Deathloop gets a release window and a new gameplay trailer

The time-tripping actioner from Arkane was once again in the spotlight. 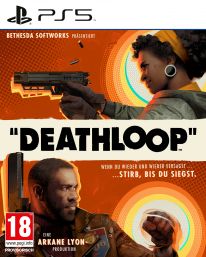