The Scorched Earth expansion for ARK: Survival Evolved was recently announced as a paid expansion but it seems it has not gone down with fans. In fact, after the announcement, the Steam reviews of the game swung from mostly positive to mostly negative.

One of the many issues fans have with the expansion is that it was created as a "finished" expansion while Studio Wildcard are working on the main game, some seeing this as going against the principles of Early Access. Many insist new features should be a part of the game's continued development rather than something else to pay for.

Although Studio Wildcard has temporarily offers a 40% discount on ARK this has done nothing to sate the anger of fans who have responded badly to the news of the expansion, some of whom have given negative reviews despite clocking up hundreds of hours on the main game.

One member of Studio Wildcard exacerbated the situation when he said that one fan was "too cheap to pony up 20 dollars" as well as a whole host of other angry responses to criticisms being made. Understandably this rant has angered the fans more despite a later apology by the same staff member.

Yesterday Studio Wildcard responded to the community in a blog post on their official site however, also revealing a new dinosaur called the Kentrosaurus.

Community Manager Jat outlined their "official take" on the expansion and ARK's future, emphasising not only how the development of ARK is ongoing but also ensuring fans that "we are absolutely committed to driving aggressive development towards a solid, feature-robust game launch for Ark: Survival Evolved. Everyone at Wildcard wakes up every day thinking about how we can make ARK into a better game today than it was the day before."

"Scorched Earth: Our original vision for ARK always included the creation of Expansion Ark [packs], along with the infrastructure and technical systems to transfer data dynamically between live Arks. We determined that it is more sound to iterate on these systems during Early Access than after retail launch, given the significant risks involved if we didn't 'get it right'."

"While that meant unveiling the first Expansion early, it also means an easier time integrating further post-launch Expansions into the Ark network. We understand that this isn't everyone's cup of tea, and we appreciate the enjoyment people seem to be getting out of this initial view of how Expansion Arks can work. Now that we have the systems in place to support them, we can ensure minimal integration issues with subsequent releases after ARK: Survival Evolved itself has launched."

It us unlikely this will do much to stop fans being angry at the paid expansion for ARK, but at least the studio have responded at all.

The updated version has 7x faster loading times and outputs in 4K 60fps. 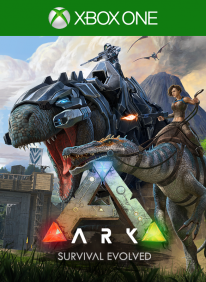