It has just been confirmed that the stealth action sequel Aragami 2 will release some time September 17th. The game was previously pushed back from its planned release of early 2021, as the developers wanted to add some polish to the PS5 and Xbox Series versions.

We are pleased that the sequel now has a confirmed release window, as the original Aragami was a majorly solid stealth game that deserved a bit more love. In our 2016 review of the original we described it as being "an enjoyable challenge for fans of the genre."

The ninja stealth sequel is been fully completed. 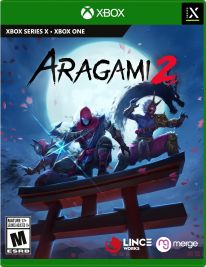