Warner Bros. Interactive Entertainment has announced that lots of content from the new Aquaman movie is heading to Lego DC Super-Villains. The packages will add levels and DC characters inspired by the new movie which hits theatres on December 12 (UK). For those who own the Season Pass, Aquaman Movie Part 1 will be available on December 4, while Aquaman Movie Part 2 will be available from January 8, 2019. The Season Pass, which adds six level packs and four character packs, is included in Lego DC Super-Villains's Deluxe Edition, or it can be purchased separately for €14.99. Players who want to buy only the Aquaman movie packages can buy them in a bundle for €5.99 on January 8, 2019.

With these special packages, players can take control of Aquaman and Mera, in the submarine kingdom of Atlantis. The two will have to lead their people against Aquaman's brother, Orm, who tries to unite the Seven Kingdoms against the Emerging World. The first package Movie Part 1 adds the following characters: Aquaman (Gladiator), Black Manta (Movie), Mera, Orm (Gladiator), King Nereus and Queen Atlanna. The second pack adds Aquaman (Movie), Vulko, Trench Creature, Murk, Brine King and Orm (Movie). 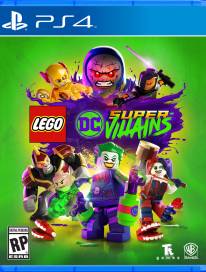