Sony has announced on the PlayStation Blog what free games PS Plus subscribers are getting this month. There's the new release Tower of Guns on PS4 and perhaps the most high profile game is Dishonored that will be free for PS3 owners.

New games will be available on April 8, so if you haven't already done so pick up last month's games. Check full lists of arriving and leaving games from under the picture.

"Tower of Guns is an exercise in patience, fortitude and old school twitch reflexes. It's an arcade game with an endless supply of enemies and a single goal, get to the top of the tower."

Tower of Guns out now on PS3/PS4, Friday on Xbox One

April's titles on PS Plus revealed

Tower of Guns, Dishonored and Killzone: Mercenary are just a part of this month's offering.

Porting Tower of Guns to consoles

We chat with Grip Digital's Jakub Mikyska about porting indie games from PC to consoles.

Tower of Guns is a roguelike first person shooter. 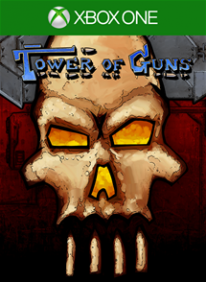