Do you love horror games but meanwhile also have a weak heart? The unsettling feeling of not knowing when will there be a monster coming at you makes you feel extremely uncomfortable during the playtime? Worry not, the developers from Frictional Games have introduced a new 'Adventure Mode' into their latest horror title, Amnesia: Rebirth, which can solve your problem and ease your anxiety.

Similar to what they did for their previous game SOMA by delivering a safe mode, they created an Adventure Mode for Rebirth's players.

"With Adventure Mode we hope that new players, that have a hard time handling horror as a genre, will get to experience Tasi's story. That they will get to immerse themselves in the character and the unforgiving environments of Rebirth, as they fight for survival for themselves and those closest to them.

Playing the game in Adventure Mode still contains the same serious themes and story - and the atmosphere can still be quite unnerving at times - but the experience is going to be much less of a horror experience and more one of an epic adventure."

Check the features that comes with the new Adventure Mode below:

Does this sound good to you?

"I found it masterfully conveyed fear with its use of sound design and harrowing visuals, and its puzzles felt well-crafted and appropriately paced."

This is a "monster free" mode, so now you can breathe.

Frictional Games acknowledges that reception to Amnesia: Rebirth was a "mixed bag"

Amnesia: Rebirth will be released in time for Halloween

This offshoot in the series will be around to deliver horror fans plenty of scares on the big day.

Frictional Games next game in the Amnesia franchise is coming to PC and PS4 later this year. 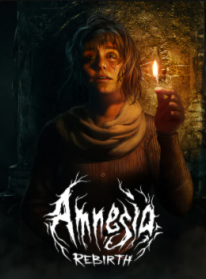