Graphics card manufacturer AMD have issued a press release stating that the upcoming Tomb Raider will be the first game to support their new TressFX hair technology allowing for more detailed and realistic hair in-game. Apparently, this is "the world's first real-time hair lighting and physics" in a playable game. Bald space marines would be tearing their hair out, if they could.

What better way to illustrate this than with a few before and after shots:

REVIEW. Written by Gillen McAllister on the 25th of February 2013 at 15

Fans of Lara Croft and her love of raiding tombs can now join her on two different adventures for free.

Two new more games will be hitting Google Stadia in December, adding to the sparse game library of the platform.

Lara Croft's rebooted adventure had been teased by Xbox, but now we have confirmation on its arrival.

Lara Croft actor on the lack of women in Tomb Raider

Alicia Vikander was searching the island for more female co-stars.

Madden NFL 16 and Tomb Raider star in Deals with Gold

Discounts revealed for both Xbox consoles.

The latest Tomb Raider has sold a whopping 8.5 million copies. 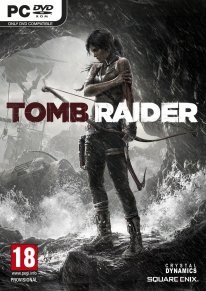