Alex Marquez was supposed to race his first MotoGP at the Losail Grand Prix in Qatar, but the coronavirus disease forced the cancellation of that particular event. Who could have predicted that his debut race would end being a win, albeit a virtual one.

Alex Marquez, along with other 9 drivers (but not Valentino Rossi), including his brother and world champion Marc Marquez, Maverick Viñales, and Fabio Quartararo, competed on Sunday in the first MotoGP Virtual Race, which was organised by Dorna Sport. The rookie wasn't at his best in qualifying and was only fourth on the grid, but he took advantage of some chaos, a little touch here and there, and multiple crashes that happened early on in the race.

"I knew before the race I wasn't the fastest one, especially in one lap, so my target was to be as consistent as I could be. I had a good fight with Pecco in the opening laps until he had his crash at Arrabbiata. I want to say thank you to Putut Maulana [Moe27 - an Indonesian MotoGP eSport rider], who gave me some setup tips," said the younger of the Marquez brothers.

The second place on the podium went to his former rival from Moto2, Francesco Bagnaia. The only rider on a Ducati on the Mugello Circuit was swapping places with the Spaniard for a few laps, but eventually, he made a mistake and dropped a few seconds. In third was Maverick Viñales on the Yamaha. He was taken out on the first lap after a great start but benefited from others' mistakes.

Meanwhile, Marc Marquez came in fourth, with Frenchman Quartararo in fifth, but you'll have to watch the full race here if you want to see the rest of the standings.

And, if you're a big fan of motor racing, you'll be happy to know that Dorna just announced that the MotoGP VideoPass will be free until the season resumes, hopefully, in early May. 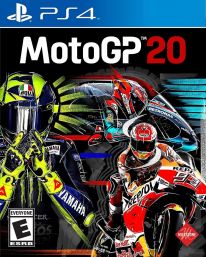