We've been reporting on a lot of sales figures lately, with financial reports from game companies as the source. The reveal of the sales numbers for the legendary strategy franchise Age of Empires, however, was made on LinkedIn of all places. Spotted by Twitter user bogorad222, Age of Empires co-creator Brian Sullivan spilt the beans in the lines of the company introduction to Monsarrat Inc., which states:

"We're led by Johnny Monsarrat, who created MMO gaming, now a $20 billion market, as founder/CEO of Turbine, which was bought by Warner Bros. for $160 million. And by Brian Sullivan, co-creator of Age of Empires, which has sold 25 million units and earned $1 billion".

There you have it. Age of Empires has managed to sell 25 million units through the years, earning a whopping $1 billion in the process.

Have you played Age of Empires and contributed to these numbers? 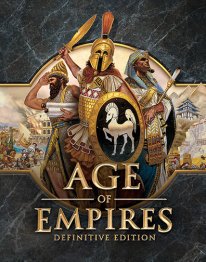