Twitch is becoming more and more of a mainstream platform, as livestreamers become increasingly popular and celebrities look to try their hand at being an online star. Well, Snoop Dogg is one of those celebrities and Sunday just passed he logged into the platform to livestream some Madden NFL 21 to a doting audience, except after 15 minutes of being smoked by a rival player, Snoop Dogg ragequit from the game, turned off his Xbox, and then proceeded to leave his stream running for another seven hours.

Ironically, the title for the stream was "Sit Back, Relax, and Chill its a vibe in here," which is precisely not what it was like when Snoop started firing out cursives left, right and centre. It also seems like this video has fans captivated, as the stream already has logged over 200,000 views, which is quite a lot considering the stream only ended yesterday.

If you haven't already seen the stream, you can check it out here, although beware, it isn't exactly family friendly.

Madden NFL 21 gets a record low user score on Metacritic 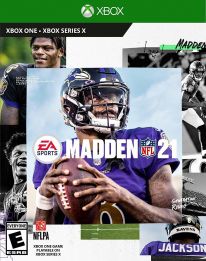