Oh, Bobby Kotick, how we adore you and your quote-worthiness. During a speech at the Dice Summit the Activision CEO stated that he regrets how they handled the affairs with Harmonix and Red Octane, the creators of Guitar Hero. "We really didn't even think, hey, we should go to Boston and meet these Harmonix guys and see what they're up to," he said.

As we know, Neversoft took over development of the Guitar Hero series and despite the fact that they've made tons of money for Activision, Kotick believes that staying with Harmonix could have been mutually beneficial for the two companies. I wonder how the guys at Neversoft feel about that comment...

Has the milk turned sour with the latest entry in the series?

Brian Bright gives us the low down

Rock out with Activision's rock fest

Man in Black lives on 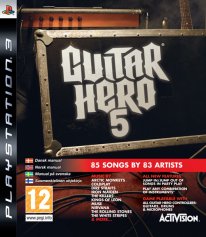