Bandai Namco earlier announced, in order to celebrate the 25th anniversary of Ace Combat series, they are going to release a new DLC for Ace Combat 7: Skies Unknown.

The "Experimental Aircraft Series" DLC is expected to launch this spring, and it'll bring three types of real experimental aircraft, which are:

In addition to the aircraft, the DLC will also bring tons of new skins:

So far, no specific release date is announced yet. Ace Combat 7: Skies Unknown was initially released to PS4 and Xbox One in January 2019 and followed by PC in February 2019. Check the teaser trailer below: 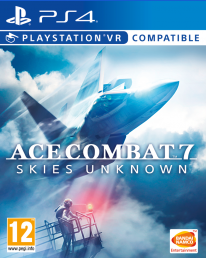