Highlighted Video: (Previews) Games to Look For - May 2019

A Plague Tale: Innocence is free on Epic Games Store later this week

Watch us play the opening of A Plague Tale: Innocence

Sam played the start of Amicia and Hugo's journey, and we've got a full replay for you in case you missed it.

Today's stream takes us to A Plague Tale: Innocence

Asobo Studio's narrative-driven adventure is here, and we're trying out Amicia and Hugo's journey for ourselves.

A Plague Tale: Innocence now has a launch trailer

This trailer comes just before the release tomorrow, and you can even watch a livestream today before getting stuck in.

Of course the rats are a problem in this game, but there are many other enemies looking to stop Amicia and Hugo on their journey.

Here's a gameplay overview trailer for A Plague Tale: Innocence

Asobo Studio's game is coming out in mere weeks, and we've got an insight into how the game plays with the two siblings.

Asobo has dropped an unedited gameplay clip that shows off some of the gameplay features coming in the plague-infected adventure.

Get a taste of the soundtrack for A Plague Tale: Innocence

A new video shows us some of Olivier Deriviere's music, as well as a speed painting of Amicia from art director Olivier Ponsonnet. 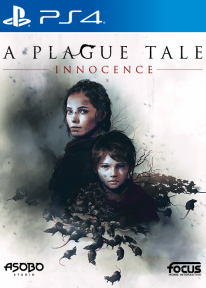