If you're a long-time Bioware fan you'll no doubt remember the original Jade Empire game that launched back in 2005, throwing you into the role of a Spirit Monk in an action-RPG that drew upon concepts of Far-Eastern history and mythology, and now we've got reason to perk our ears up and pay attention to the series again.

That's because a new trademark has recently been discovered online that has been filed by EA. We say new, but technically it's just a filing for the same Jade Empire trademark from 2005, just updated as of January 22 and reported recently.

Before you get excited we should point out this doesn't necessarily mean anything like a remaster of a sequel, as EA may simply be updating trademarks, but nevertheless this has prompted fans to look back on the game with fondness.

Would you like to see more of this series?

A new Jade Empire trademark has been discovered

This has prompted speculation that we might be seeing more from Bioware's classic game, which first appeared in 2005.

Jade Empire is free with Origin 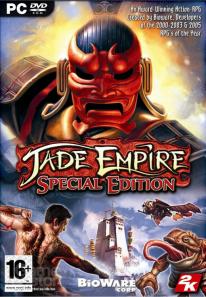