Through The Legend of Zelda: Breath of the Wild the series has been born anew, and so is the interest from consumers around the globe. Add to that the fact that Nintendo has seemingly broadened its horizons of the past few years, expanding into theme parks and mobile games. Now though, it could seem like the iconic game series will be adapted into a TV show.

According to a new report from The Wrap a Legend of Zelda series is currently in development with Adi Shankar in talks to produce.

Yesterday Shankar did tease something similar, stating that he was "working with an iconic Japanese gaming company to adapt one of their iconic video game series into a series," and apparently that's Zelda. According to Shankar's tease, this series will be announced publicly on November 16th.

Shankar is known for serving as producer on the successful Castlevania series for Netflix. 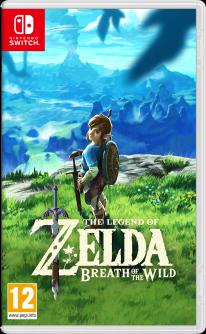