Ghost Ship Games has revealed that it will be launching a Kickstarter campaign for a tabletop adaption of Deep Rock Galactic some time next year. This adaptation has reportedly been in the works since earlier this year and it's being developed by Champions of Midgard creator, Ole Steiness. A pre-Kickstarter page has just been launched and so has a blog over on Steam that details the game's concept and shows images of a prototype.

Within a blog post, Søren Lundgaard CEO of Ghost Ship Games said: "Apart from loving computer games, many of us at Ghost Ship are also board game enthusiasts, and we've dreamed of a board game adaptation right from the beginning. Back in November 2020, I received an email from our good friends at MOOD Publishing about collaborating on a board game project and I quickly replied: Yes! It got even better when we convinced our friend and professional board game designer, Ole Steiness, to join in. Ole has several released board games under his belt - one of them (Champions of Midgard) even broke into the Top 100 in Board Game Geek."

It has reportedly been in the works since early 2021. 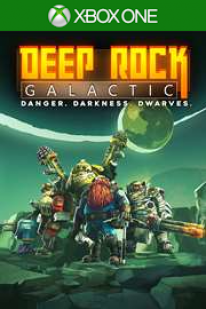