In their recent financial report, EA stated that FIFA 11 has shipped 8 million copies so far, and it's still doing great at retail. The series has now joined the exclusive group of video game franchises to have sold in excess of 100 million copies.

EA also announced that Battlefield: Bad Company 2 has reached 6 million copies, and that Medal of Honor has shipped 2 million copies.

REVIEW. Written by Christofer Olsson (Gamereactor Sweden) on the 29th of October 2010 at 16

It's that time of the year. FIFA time. The season is kicking off and Christofer has been kicking virtual balls all month long...

Because tired players are sad players

So you want go guard a goal, eh?

How does it look on Nintendo's console? 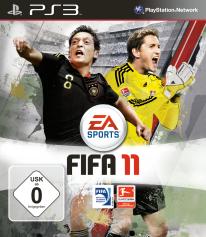