Remedy and 505 Games stirred up a bit of discontent recently when confirming that the only people who would get the full next-gen version of Control would be those who purchased the Ultimate Edition on either PlayStation 5 or Xbox One.

Basically, if you're an existing player, even one with the season pass and all the trimmings as they currently are, then you'll have to settle for playing the game via the backwards compatible feature, as the only edition of the game that will take full advantage of the power increase and new features offered by the next-gen consoles is the aforementioned Ultimate Edition.

Fans had hoped for some sort of upgrade path that would mean they could turn their existing version of the game into the Ultimate Edition ready for the next-gen upgrade, but that doesn't seem to be possible after reading through a new Q&A shared by publisher 505 Games.

In a nutshell, the main takehome is that even if you own the base game, the new content won't be available for purchase on the new consoles - your only option is to buy the full game and its DLC in the Ultimate Edition on PS5 or Xbox One.

If you don't do that, you can still play the game and all of your content, you just don't get the super-polished version.

"The objective of Control Ultimate Edition was not to release new exclusive content on the next gen platforms, but to offer the full Control gameplay experience to new Control players in a single, easy-to-find product," the Q&A explains.

It's not what fans wanted to hear but it seems clear that Remedy and 505 have made their decision, so if you want to play Control in all its next-gen glory, you know what you have to do. 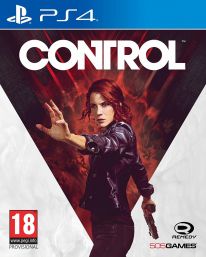