3D Realms, with a new ownership structure in place have announced their return and they are doing so by launching the "3D Realms Anthology" - a collection of 32 classic 3D Realms titles including Duke Nukem, Wolfenstein 3D, Shadow Warrior, Terminal Velocity, Death Rally and Commander Keen. The press release states that "original team members like Scott Miller and Bryan Turner" are involved as well as new additions "CEO Mike Nielsen, with 11 years of experience as CEO and founder of Coolshop.com, the biggest game distributor in Scandinavia, and vice president Frederik Schreiber, CEO of Interceptor Entertainment".

3D Realms are back with a massive anthology

Co-op and competitive multiplayer across PC, Mac and Linux.

It's time to kick ass and chew gum... 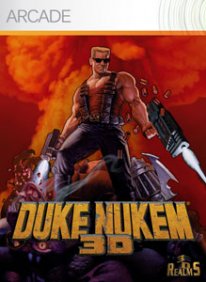