Earlier today, we reported on the fact that the Dark Souls series had managed to ship a whopping 27 million copies worldwide and as it turns out, a big part of that impressive number was Dark Souls III, which has shipped 10 million units by itself.

The news was shared by the official Dark Souls account on Twitter, stating; "Time and time again, ash seeketh embers. We are eternally grateful".

Are you one of the 10 million Dark Souls III players? 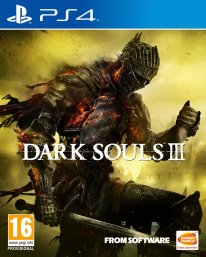